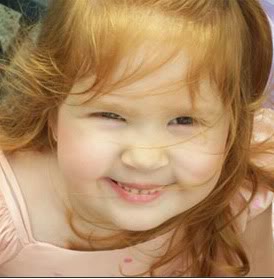 Texas CPS has changed the way it investigates possible sexual abuse of children following the death of little Emma Thompson.

Emma's pediatrician first contacted CPS in early June after the doctor suspected blisters in the little girl's mouth and on her vagina were genital herpes. Subsequent tests proved the doctor right. But a physical exam at Texas Children's Hospital found no evidence of sexual abuse. Emma's Mother, Abigail Young, had also recently contracted genital herpes, but CPS officials did not know that

I find all of this very disturbing. Mother is an RN. She had to have KNOWN what was going on. And the investigator asking if anyone had touched Emma inappropriately, and she responded by shaking her head no.

She is FOUR years old for crying out loud! It makes me so mad that the powers that be concluded the investigative CPS worker had done nothing wrong. OK.. so she/he did nothing wrong, but they sure didn't do something right by ignoring the pink and purple polka dotted elephant in the middle of the road. 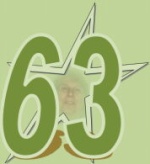 My heart continues to break when I see Emma's name or her photo. She will forever remain among my Treausred Angels. If ONLY, Emma and other Precious Treausred Angels could know they touched the hearts of so many and they are loved and will never be forgotten.

They know Marica. The other day I saw where someone came to our site based on a search for Emma Thompson on google. I hope they make an example out of Emma's Mother for allowing this to happen to her.

Making the Monster Mom an example, just isn't enough for me. I want our social service systems to be held accountable when they screw up like this. I want our law makers to be held accountable for failing to provide medical services with the ability to take protective action when it is so clear a child has been/is being abused.
Doctors should be able to hold a child in a medical facility for a period long enough to determine what has happened. I do not believe most CPS workers have enough investigative training.
I feel this is something that needs to be addressed.
As with Emma, a child with an STD, there should be a provision to hold such a child in a hospital until the source of the disease can be determined.

I could not agree with you more.