Haleigh Cummings – Hate And Discontent In The Camps

Haleigh Cummings – Hate And Discontent In The Camps

Haleigh Cummings – Hate And Discontent In The Camps
Posted on December 8th, 2009 by Simon Barrett

This is all hearsay, but a couple of items have hit my radar today and I would love to get some confirmation about them. We are now two days away from the 10 month mark that Haleigh Cummings has been missing. There seems to be no solid leads as to who is responsible for her abduction, although Law Enforcement clearly feel that someone in the family, or extended family know a lot more than they have fessed up so far.

I think it is fair to say that there are few people involved in this case that have not created doubt by their actions or inactions.

Top of that list has to be Misty Croslin, the 17 year old, babysitter, housekeeper, and lover of Ronald Cummings. After a whirlwind romance, whirlwind marriage, whirlwind honeymoon in New York (on a network TV’s tab), then a whirlwind divorce. What a busy life for a minor! She has experienced more before the ability to buy a beer legally than most of us have in 50 years.

I will reiterate, I have no proof of this information, however my source is very reliable. I will quote from the email:

My friend was hanging out with Misty C last [night]. Smoking blunts [pot]. Sniffing roxies and having sex with multiple guys.

No lie. This was around 3am. She was with this guy named Charlie [Jones].

This rather cryptic email actually makes a certain amount of sense. Charlie Jones is the reported new love interest, and Misty does seem to have a bit of a reputation for sex and drugs.

Equally interesting are some rumblings out of the Sheffield camp. They have for the most part kept a pretty low profile lately, but that may well be about to change. The ears on the ground are telling us that Crystal and Chad have split up. Marie Griffis is said to be livid, fearing that Chad might spill the beans on the family. Fact or fiction? I do not know.

Adding further fuel to the fire is the mysterious shooting in Palatka (see story here) there are still no names being released. And trust me, we have been trying to get that information. For some reason PCSO are being very tight lipped on this one. What we can report is that the altercation happened in a predominantly black neighborhood. Although witnesses have been scarce, the rumor mill is saying that the two victims were not white Caucasian.

I am happy to give some good news though. If you listened to Sundays radio program you might have caught the fact that Capt Dominic Piscitello has been in hospital, well, he is now back on the job.

That is all of the scuttlebutt for today.

Having sex with multiple guys and doing drugs is one of the reasons HaLeigh has been missing almost 10 months. Misty is the key and always has been. Sounds like it could easily be proven she is using drugs so a bust can happen. What the heck are they waiting for? LE needs to do something about Misty. Lock that girl up for a while. She can clean up and tell the truth. Crystal and Chad spliting up is more awful news. They have a sweet little baby girl and I pray they take very good care of her. 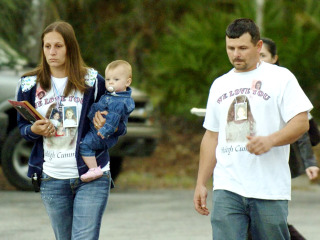 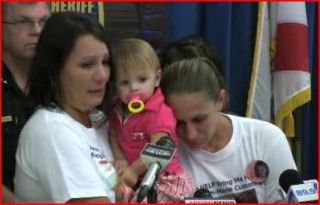 I completely agree with you, Linda Marie. Misty will be 18 this month. I am hoping LE will then arrest her for giving false information or child neglect..anything.

As far as Crystal & Chad, she had said on her FB that she was no longer engaged but in a relationship. I pray they both take good care of their little one. I don't think Marie is livid or worried. What would she have to be worried about?
_________________
Prayers for our little HaLeigh Cummings, wherever she may be!!