Emily Juan missing from Queens, NY, since September, 2004/ Believed to be in Taiwan with mother, Mei-Fen Juan

Emily Juan missing from Queens, NY, since September, 2004/ Believed to be in Taiwan with mother, Mei-Fen Juan 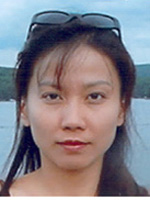 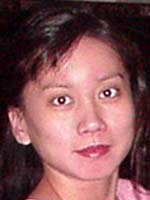 DESCRIPTION
Date of Birth Used: April 1, 1967 Hair: Brown
Place of Birth: Taiwan Eyes: Brown
Height: 5'4" Sex: Female
Weight: 100 pounds Race: Asian
Occupation: Unknown
Remarks: Juan may have suicidal tendencies. She and her daughter may be living in Taiwan. Juan has an oval brown birthmark on her lower back and a scar on her left calf.

THE CRIME
Mei-Fen Juan is wanted for allegedly kidnapping her daughter, Emily, from Flushing, Queens, New York. On September 10, 2004, the father of Emily went to the apartment where she and her mother were living for his weekly visitation. Neither Emily nor Mei-Fen were present. A summons was issued by the New York Family Court requiring Mei-Fen to appear in court on September 14, 2004. When she did not appear, the Court awarded custody of Emily to her father. Law enforcement investigation revealed that Mei-Fen Juan and her daughter, Emily, left the United States on a flight bound for Taiwan on September 6, 2004. On February 17, 2005, a federal arrest warrant charging Mei-Fen Juan with international parental kidnapping was issued by the United States District Court, Eastern District of New York, Brooklyn, New York. 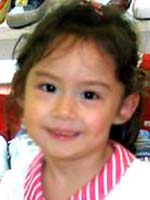 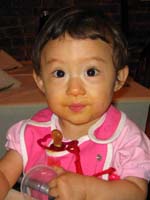 VICTIM - Emily Juan
Date of Birth Used: October 21, 2003 Hair: Brown
Place of Birth: New York, New York Eyes: Brown
Height: 2'3" (at the time of her disappearance) Sex: Female
Weight: 20 pounds (at the time of her disappearance) Race: Biracial
(Asian and White)
Remarks: Emily Juan has dimples on her face and a small red birthmark on her right wrist. She may also be known as Emily Sartin.


IF YOU HAVE ANY INFORMATION CONCERNING THIS CASE, PLEASE CONTACT YOUR LOCAL FBI OFFICE OR THE NEAREST AMERICAN EMBASSY OR CONSULATE.