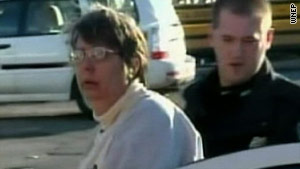 (CNN) -- Pennsylvania police have arrested a woman who authorities say fled Washington state 11 years ago with her two sons against a court order instructing her to return them to their father, police said.

Jill Haugen was arrested at her home in Milton, Pennsylvania, on Tuesday, days after she had contacted police saying she didn't want to take care of her sons any longer, Milton Police Chief Craig Lutcher told CNN.

Police in Spokane, Washington, said a felony warrant for first-degree custodial interference was issued for her in 1998. The Northumberland County, Pennsylvania, district attorney's office said she has been charged with being a fugitive from justice and is awaiting an extradition hearing. It was not immediately clear if she had retained legal representation.

Police made two trips to her house after her Saturday phone call, Lutcher said, and the sons, now ages 15 and 16, were placed into foster care after the second visit, on Sunday.

A caseworker discovered through an Internet search that there was a warrant from Washington state for Haugen's arrest and told police, Lutcher said.

Haugen, who was known as Jill Connington when she was married to Bill Connington, did not win primary custody of the couple's children in 1998 after the two had divorced, police in Spokane said.

"They were with her on a visitation and she never brought them back," Spokane police Lt. Dave McGovern said.

When she disappeared, according to police, the felony warrant for first-degree custodial interference was issued for her, police said.

Bill Connington told CNN that he was a "little overwhelmed with everything."

"I've had thoughts of possibly never seeing [his sons] again but never gave up hope I would," he said.

He said he was speaking with caseworkers about getting the teenagers to Washington.

McGovern said a sexual abuse allegation was filed in 1995 on behalf of the children, but authorities were not able to substantiate anything from it.

Asked about the abuse, Connington denied any wrongdoing and said he had offered during the custody hearings to do whatever he needed to prove his innocence.

She steals them, keeps them 11years and then calls the cops and says I don't want them any more.
It's the word we all know and love, come on lets say it all together WACKA-DO
_________________
along comes a spider to sit down beside ya

if they where really sexually abused she wouldn't have said she didn't want to take care of them anymore, she would keep trying to shield them from the father... 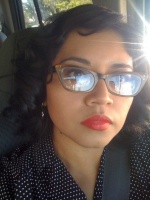 Wow at least she did not kill them when she did not want to take care of them anymore. I will give her that. Thank goodness. I hope the boy's Father is ready to have them back and be a Parent.

I bet the cute 4 and 5-year-old boys got too much to handle when they reached those teen years...Does she not realize that parenting does not stop WHEN THE GOING GETS TOUGH!? You sign up for the long haul...I feel sorry for those boys.

Mom's extradition to Washington moving ahead

The governor of Washington state has taken action to request that a Milton woman held since December as a fugitive be shipped across the country to face charges alleging she abducted her children, prosecutors in both Washington and Northumberland County said Monday.


Jill Haugen, of Milton, had been living in the Valley for 11 years before Milton police found she was wanted as a fugitive in Washington for fleeing with her two sons in 1998.

John Love, a prosecutor in Spokane County, said his office has been contacted by the office of Gov. Christine Gregoire, and that with that development, law enforcement officers soon will be able to get her extradited.

Haugen has been incarcerated in the Northumberland County Prison in lieu of $25,000 bail since her arrest in December, and according to Love, if and when she is returned to Washington, she will be charged with custodial interference.

“We are charging her with one count of custodial interference as of right now,” Love said. “We could charge her with two counts because of the two boys, but for now, it’s going to be just the one.”

Love said the charge is a third-class felony. Haugen could face five years in prison, but he said he doesn’t think her sentence would be that long.

“She can get up to five years, but I doubt that will happen,” he said. “I think she will most likely get a year.”

Love said Spokane officers are waiting to make the trip to the Valley once everything is official.

“We have people ready to go get her when it’s time,” he said.

“We received a call from the governor’s office in Pennsylvania that they received the warrant from Washington state and that they were going to be reviewing it and hope the governor will sign it in the next two weeks,” he said.

“Then when they get it back to us, we can set the appropriate court date,” he said.

After about half an hour, Bill Connington suspected something was wrong.

His estranged wife was due in a Spokane grocery store parking lot that afternoon with their two boys, but she didn't show up.

Connington called police then spent years riddled with worry, after it became apparent she had abducted their sons.

Were they OK? Would he see them again? Were they even alive?

That was more than a decade ago.

Eventually, Connington pulled away from the incessant worry out of concern for his health. But he could never truly move on, and he never forgot about the boys he last knew as toddlers.

The intense worry returned one day last December, when he got a voice mail from a Spokane police detective saying the boys had been found. Connington didn't know if that meant dead or alive.

"My girlfriend said I was shaking so much I just turned white and she had to come over and take the phone from me," Connington said this month, sitting in the living room of his Nevada Street home.

He called police and soon breathed a sigh of relief. His sons, now 15 and 17, were safe in Pennsylvania, and his ex-wife, Jill D. Haugen, 48, was in jail.

"Everything changed when I got that phone call," he said.

Now Connington, accused of abuse by his wife but cleared in a police investigation, is preparing for his sons' return to Spokane after nearly 12 years hiding with Haugen, also known as Jill Connington and Ann Thompson.

Police in Milton, Pa., learned her real identity after responding to a report of a domestic dispute at her apartment in December. They ran several names through national databases and discovered an arrest warrant in Spokane County from 1998 for custodial interference.

Haugen was taken to jail and her sons to foster care. She fought extradition, but a judge ruled in early March that she return to Spokane.

Booked into Spokane County Jail, she pleaded not guilty April 1 to one count of first-degree custodial interference, a felony.

Her lawyer, public defender Jeff Compton, urged a judge to decrease her bond from $25,000.

But Spokane County Deputy Prosecutor Gayle Ervin described Haugen as "rather sophisticated in her ability to avoid detection" and said she worked hard "to avoid being caught and brought before this court."

She declined an interview request at the Spokane County Jail but said at a court hearing in Pennsylvania she'll "do anything" to prevent her sons from returning to their father, according to the Milton, Pa., newspaper the Daily Item.

Connington, who works in maintenance at NorthTown Mall, said he has nothing to hide. Police investigated Haugen's abuse claims and found no evidence, and Connington won custody of the boys when the couple separated in 1996.

Now he's focused on their return, which he expects to happen this summer in time for the next school year.

He's planning a Disneyland vacation to reunite with family members whom Anthony and Jamey have never met, including Connington's son from another marriage. And he wants to give them the stability he says they didn't have when they lived with their on-the-run mother.

He flew to Pennsylvania to meet the boys after their mother's arrest. It took time to sort through the questions and apprehension, but they soon began to understand the family's situation was more complicated than their mother had told them, Connington said.

"They didn't know anything about this until after she was arrested," Connington said. "They're not happy she's (in jail), but they understand. They're old enough to make up their own minds."

Connington saw Haugen for the first time in more than a decade at her extradition hearing in March.

The anger he felt so strongly when his boys first disappeared is fading slowly. But he's still unhappy that Haugen faces a maximum of a year in jail if she's convicted.

"That's 11 and a half years she robbed me of. I told the boys I don't want vengeance, I just want proper justice."