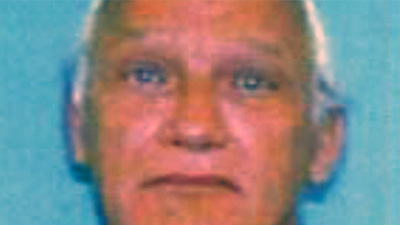 LAKEWOOD, Calif. -- A 1981 Florida murder suspect, dubbed one of "America's Most Wanted," has been arrested in Lakewood, California.

James Edward Sims, 66, was arrested after a stakeout Friday morning at his home in Lakewood, where he lived for 19 years, according to Los Angeles County sheriff's investigators.

Authorities say he provided his thumb print to the California Department of Motor Vehicles, alerting them of his whereabouts.

Sims has been wanted in Fort Myers, Florida for the Jan. 1981 shooting death of Roy Radabaugh outside a Florida strip club.

Sims allegedly shot Radabaugh in the face after he reportedly stalked Sims' then girlfriend, authorities said.

Radabaugh's murder was featured in a March 22, 2005, episode of the television series "America's Most Wanted."

Sims was arrested without incident as he stepped out of his house just before 9 a.m. Friday.

He was being held at the Lakewood Station, pending extradition proceedings, according to Los Angeles County sheriff's Lt. Eduardo Hernandez and inmate records.