Victor Perez rescues 8 year old Elisa Cardenas after she was abducted by Gregorio Gonzalez, 24, in Fresno

Victor Perez rescues 8 year old Elisa Cardenas after she was abducted by Gregorio Gonzalez, 24, in Fresno

The link to this story:

Within 11 hours of being reported abducted the little girl was rescued by an observant driver on the roadway, who forced the abductor's truck off the highway, and the little girl, having been already raped, ran from the truck. I cannot find her name, but that is not important to me. I am just rejoicing that this little innocent was rescued, and am thanking God for this.

If this case has been reported elsewhere on the site, please forgive the duplication because I couldn't find mention of this little girl missing on the site. 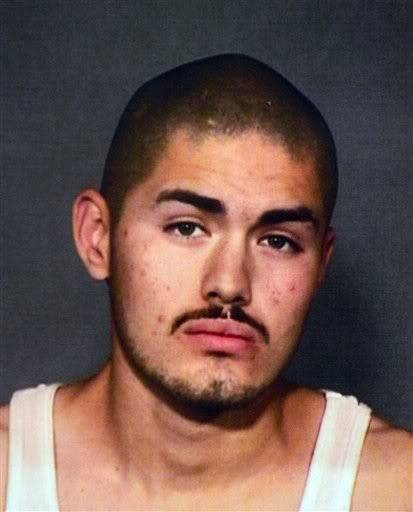 An 8-year-old girl who was abducted by a stranger while playing outside a Fresno home escaped from her captor Tuesday morning after a driver recognized the suspect's vehicle and cut it off, police said.

The child was found in Fresno about 11 hours after she disappeared around 8:30 p.m. Monday, triggering a statewide Amber Alert. Police arrested Gregorio Gonzalez, 24, who they said was a member of the Bulldogs street gang.

When the driver saw a girl's head in the window, he cut the truck off and forced it to stop, Dyer said. The suspect pushed the girl out of the car, and she ran to safety, he said.

The girl was taken to a hospital in good condition, but Dyer later confirmed she had been sexually assaulted. The police chief described her as "frightened, traumatized."

Authorities released the victim's name when issuing the Amber Alert, but The Associated Press does not identify victims of sexual assault without their consent.

"I was at the same time happy and grateful that my daughter had been brought home," the girl's mother told a news conference. "During the night, the hours seemed very long."

Perez told KFSN-TV he saw the truck's description on TV, then spotted it parked in front of another house. Perez jumped in his car and started following when he saw the truck pull away.

"I was yelling but I kept cutting him off so he would get off the road," Perez told KFSN. "At first, it was just like a simple question, 'I need to talk to you,' and (Gonzalez) goes, 'No, my truck is messing up. I need to leave,' so I said 'OK.'

"I didn't see no little girl. So the second time I cut him off, the little girl stuck her head out. That's when I said, 'OK, that ain't your girl right there.' Because he was hiding her — like pushing her down.

"I thank God he put me here to help out that little girl — that's for sure,"

The truck was eventually spotted by authorities, who had received a tip about its whereabouts, and Gonzalez was arrested in the parking lot of a Fresno apartment complex.

Dyer said Gonzalez was on probation for a felony domestic violence conviction and had been arrested numerous times, including on suspicion of possessing a sawed-off shotgun.

Police had no motive for the kidnapping. Police said Gonzalez lives with his grandparents and that the pickup truck he was driving belonged to his grandmother.

Police said Gonzalez texted his grandmother saying the truck had been stolen. His grandmother responded by saying she saw on TV that the police were looking for it in connection with a kidnapping case.

Authorities said the victim was playing with six other girls when a stranger approached them and managed to lure her into his pickup. Two adults who saw what was happening shouted for the girls to run away. But the man grabbed the victim and drove away as witnesses chased the vehicle, police said.

Fresno police said Gonzalez fits the description of a man who exposed himself to two girls earlier in the day.

More than 130 officers were called in to help with the search and went door-to-door over a three-mile area.

"I've got to tell you, it was the highlight of my career seeing (the victim) and her mom unite in that hospital room," Dyer said. "Because we beat the odds today because in many cases, we don't find the child alive." 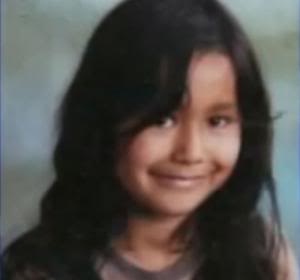 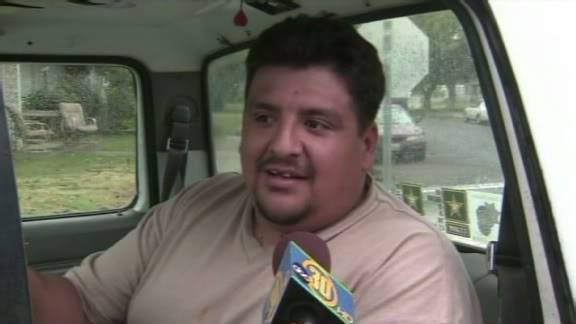 Some may call it chance, but Victor Perez believes a higher power was involved Tuesday when he chased after a vehicle suspected of carrying an abducted young girl in Fresno, California.
A construction carpenter by trade until work slowed down, Perez has been recently cutting wine grapes, earning minimum wage.
Early Tuesday, there was a light rain, making that task unlikely.
Perez, 29, tuned in to television news coverage of the abduction, paying attention to the description and video of the suspect's pickup truck.
At about 6:45 a.m., Perez was outside talking with his cousin about the abduction when they saw a vehicle matching that description: an older-model, reddish-brown Chevrolet with a white stripe on the side.
"I thought, that could be the truck," Perez, a father of two boys, told CNN Tuesday night.
That's when he sprang into action. He jumped into his 1988 white Ford pickup and followed the vehicle.
Perez tried to cut off the vehicle several times to question the driver. One time, the driver told him, "I don't have no time [to talk]. My battery is dying."
The second time Perez pulled up to the Chevy, he saw the little girl, her head popping up from below view, and knew something was wrong.
"I kept telling him, 'That's not your little girl,'" said Perez. "We argued. We exchanged words."
"He [Perez] realized right then and there he had the suspect vehicle," Fresno Police Chief Jerry Dyer told reporters.
Perez -- who admitted he did wonder at some point whether the motorist had a gun -- pulled up to the truck a third, and then a fourth time, when he blocked the pickup truck.
At that point, the police chief said, the young girl "took the moment of opportunity, opened up the passenger door, and jumped out and ran."
Perez said he believes the driver pushed her out.
"I was beyond scared," he said.
Perez was out of his vehicle and stayed with the girl. He yelled for residents to get her a blanket. The frightened victim was wearing a Winnie the Pooh sweater, he said.
The Chevy drove off. By then, Perez had a partial license plate number, which he gave to dispatchers, the chief said.
Police about 40 minutes later caught up with the truck, now parked, and arrested Gregorio Gonzalez, 24, of Fresno. Charges against him will include kidnapping, false imprisonment and sexual assault, Dyer said. The suspect was not armed.
Police, officials and the parents of the girl praised Perez and other good Samaritans and citizens who aided the search and took action to find the girl.
The incident was beginning to sink in Tuesday night, Perez said. "I probably saved a little girl's life."
The question arises: What would have happened if Perez had gone to work this day?
He quoted a relative who said divine providence might have stepped in.
"God works in mysterious ways," Perez said.

Finally, some good news. I think Mr. Perez stood his ground and didn't let up. Good for him.

I am saddened that she was sexually assaulted but very happy she was retrieved alive. I have no doubt Gonzalez would have killed her.
_________________
Prayers for our little HaLeigh Cummings, wherever she may be!!

That gave me chills! What a wonderful citizen to take such a dangerous chance to save a little girls life!

Wow he is a hero. That little girl probably would not be alive and safe with her Mom if he had not been in the right place at the right time.

God, I get the chills reading about her rescue. What a man!