It has been one year since the killing of a North Florida girl as she walked home from school.
Somer Thompson, 7, was kidnapped and killed in Clay County before her body was found in a Georgia landfill a few days later.
As the man accused of killing Somer awaits trial, the girl's mother shared her grief on Friday and sent a message to parents during an interview on NBC's "Today."
Diena Thompson said she plans to mark the anniversary of Somer's slaying with a vigil.
Tuesday will mark one year since Somer disappeared on her way home from school. Jarred Harrell is accused of kidnapping and killing the child. He pleaded not guilty.
Thompson vowed to attend every court hearing until justice is served.
"I still feel guilty for what happened to Somer, and I want her to know I will always be there for her no matter what," Thompson said. "The monster has made me stronger."
On the day she vanished, Somer had been walking home with her siblings, including her twin brother, Samuel Thompson.
Thompson said Samuel struggles with Somer's death.
"There's nothing like a mother's love, but I don't know that I would compare a twin's love to my love," Thompson said. "They've been together since the very beginning."
Thompson said it's critical that parents teach their children how to avoid dangerous situations and how to defend themselves.
"We need to stop just telling our children things and teaching them. If you have a bad feeling, run the other way. If someone tries to snatch you, you kick, scream, punch, bite," Thompson said.
Thompson has started the Somer Thompson Foundation to help low-income families who must deal with the slaying of their children and can't afford funeral costs.

The mother of the slain 7-year-old Florida girl whose body was found in a landfill says she will attend every single day of the trial of the man accused of kidnapping, molesting and killing her daughter.

A year after Somer Thompson vanished, Diena Thompson has vowed to honor her daughter's memory by facing 25-year-old Jarred Mitchell Harrell in court.

"I still feel guilty for what happened to Somer," she told NBC's "Today" show this morning in an emotional interview in which she seemed to struggle at times to finish her sentences. "And so I want her to know that I'll always be there for her, no matter what the ..."

http://www.aolnews.com/crime/article/diena-thompson-mom-of-slain-7-year-old-somer-thompson-vows-to-attend-trial/19675467
_________________
I've never been willing to sacrifice functionality for beauty ~ My Father 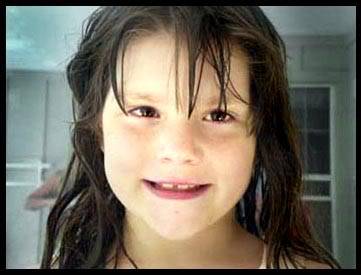 That video brought tears to my eyes. Diena is such a strong Mother and has always been since the day her daughter went missing. This story has always got to me that this innocent little girl was walking with a group of kids from her bus stop just blocks from home and just ran up and around a corner from them and Still was snatched up by a perv

THIS is EXACTLY why we have to make sure our kids understand the dangers out there, that you can NOT just trust anyone anymore.

My oldest son asks what happened to little Kyron and who would take him.. I didn't mention all the details but I just simply said.. Hunny, you can't trust anyone anymore, not even family and friends when it comes to your gut feeling and something just doesn't seem "right", you gotta take that and RUN! I tell my kids all the time that first and foremost, they can NEVER trust a stranger and to never willingly go with anyone they do not know. But if they are over taken, they have to defend themselves and RUN KICK SCREAM what ever attracts attention. This is all I can do and I am sure even knowing I have talked in depth with my kids, I think any parent would still hold guilt in their mind that they could have prevented something like this from happening. It's just part of being a loving caring parent.. we want to be able to protect our kids from EVERYTHING!! 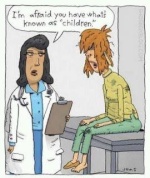 It is indeed a very sad day when kids can't play in their own neighborhoods, and parents worry about them being abducted on a walk home from school.

My own daughter was walking with a group of friends to school when they were flashed by a pervert in our tiny little town.

Thank God in Heaven that it didn't go any further, and all the mothers of these girls got together to watch these girls more closely, and to make the scum who did this know that we were watching him too. LE wouldn't do anything.

They are everywhere. Just look at the registered sex offenders in your own community. It will scare the living daylights out of you, but it will make you aware of who and the places your children should avoid.

Scares you to death. Somehow our children have got to be saved from all of these horrible experiences. So glad that everything turned out well for your daughter.

Does anybody know how to view the video of Diena Thompson? It says it has expired. I would like to watch it.

jeanne1807 wrote:Does anybody know how to view the video of Diena Thompson? It says it has expired. I would like to watch it.

Visit msnbc.com for breaking news, world news, and news about the economy

https://victimsheartland.forumotion.com/t3752-jane-velez-mitchell-november-4th-parent-s-turn-grief-into-action
_________________
along comes a spider to sit down beside ya