Thursday, January 03, 2013
Two people indicted by a Taney County grand jury in connection with the murders of Russell and Rebecca Porter have court appearances set for this morning.

Thirty-one year old Windy Friend of Springfield remains in the Taney County Jail on 500-thousand dollars bond, charged with two counts of conspiracy to commit first degree murder. A probable cause statement alleges that Windy Friend helped facilitate the murders of the Porters and cleaned up after the crime. If convicted, she faces a possible sentence of 5 to 15 years in prison on each count.

The remains of the Porters were found in Taney County in July of 2011.

Also charged with the murders are 44-year old Tony Friend of Springfield, his 26-year old son Phillip Friend of Kansas City, and 24-year old Dusty Hicks of Walnut Grove.
[You must be registered and logged in to see this link.]

A suspect in the murders of Russell and Rebecca Porter has been released on bond from the Taney County Jail.

Jail officials confirm 68-year old Robert Campbell posted bond Wednesday night through a bonding company. Campbell had been held on a half-million dollars bond since an indictment on two counts of first degree murder was filed December 19. Last week, he pleaded not-guilty to the charges.

Robert Campbell is an uncle of Russell Porter, and is one of five people charged in connection with the murders of Porter and his wife.

Campbel lis scheduled to return to court February 7.
[You must be registered and logged in to see this link.]

Exactly what I was thinking.

SPRINGFIELD, Mo. -- One of the five suspects in the Russell and Rebecca Porter homicides is sentenced for a separate charge.

Tony L. Friend, 45, of Springfield, was sentenced Tuesday to four years and nine months in federal prison without parole for illegally possessing ammunition.

On Sept. 12, 2012, Friend pleaded guilty to being a felon in possession of ammunition. Law enforcement officers, who identified Friend during an investigation into the deaths of Russell and Rebecca Porter of Willard, Mo., seized three shotgun shells when they executed a search warrant at Friend's residence on May 23, 2012.

Under federal law, it is illegal for anyone who has been convicted of a felony to be in possession of any firearm or ammunition. Friend has prior felony convictions for unlawful use of a weapon and domestic assault.

The Porters disappeared from their home near Willard in April 2011. The following July, skeletal remains of two people were found near Protem, Missouri, in a remote area of Taney County. Autopsies and forensic testing confirmed the bodies were those of the Porters. Both had been shot to death.

Last month, a TaneyCounty judge granted Tony Friend a change in venue. His jury will be filled with people from outside the Springfield broadcast media coverage area. There is no date set yet for Friend's trial.

According to online court records, he's due back in court March 28, 2013 at 10 a.m.
[You must be registered and logged in to see this link.]

I do NOT scare easily at people who look differently but everytime I see this guy's photo it scares the crap out of me!

OMG!! Lock him up w/Jodi, Casey and Shaniya Davis' murderer..bet this guy would get their smirks off their face instantly!
_________________
Prayers for our little HaLeigh Cummings, wherever she may be!!

FORSYTH, Mo. - One of five people facing murder charges in the deaths of Russell and Rebecca Porter of Willard has struck a plea deal with Taney County prosecutors, which was accepted in court Thursday.
much more at: [You must be registered and logged in to see this link.]
Video at link

Posted: Friday, June 14, 2013
Jury trials are scheduled next year for 2 of 5 suspects in the murders of Russell and Rebecca Porter. Sixty-eight-year-old Robert Campbell, who is an uncle of Russell Porter, is scheduled to stand trial in Taney County beginning October 16th, 2014. Twenty-five-year-old Dusty Hicks is scheduled to stand trial in Taney County beginning May 9th, 2014.
One suspect in the case, Phillip Friend, was sentenced earlier this year to 7 years in prison after he pleaded guilty to reduced charges of felonious restraint. The two remaining suspects, Tony Friend and Windy Friend, appear in court again next month.
The bodies of Russell and Rebecca Porter were located in July 2011 in a remote area off Protem-Cedarcreek Road in TaneyCounty. The couple had been missing for months from their home in Willard.
[You must be registered and logged in to see this link.] 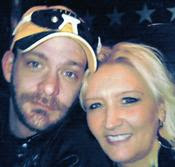 Victims Russell (Rusty) Porter and Rebecca Porter
The Porter's disappeared from their home in Greene County, April 2011.
Their remains were found later that summer in a heavily
wooded area in Taney County. 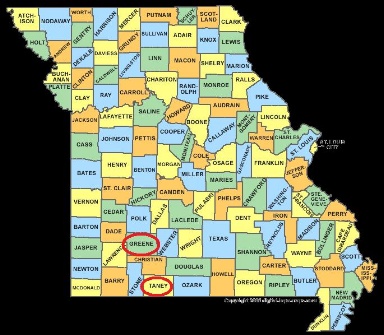 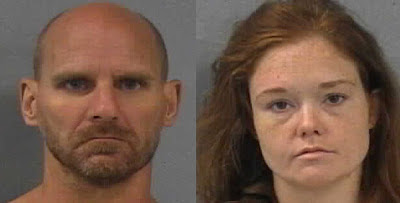 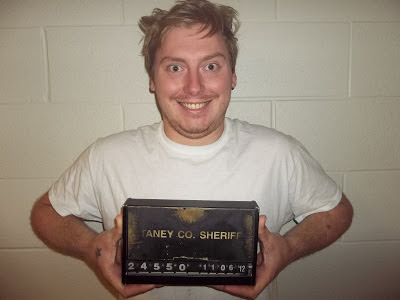 
This is where the story gets twisted... 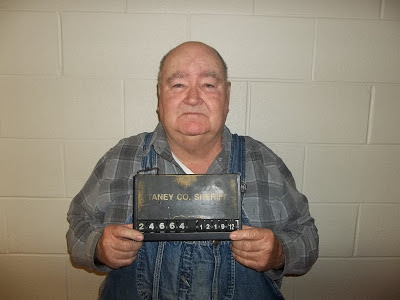 Robert Campbell
Was the Porter's next door neighbor and Rusty's uncle. He is also Tony Friend's Brother-In-Law. He is considered the instigator of the Porter murders and is facing 2 counts of 1st degree murder. His trial is set to begin October 16, 2014.

Dusty Ray Hicks
Dusty is Tony Friend's cousin. He faces 2 counts of 1st degree murder, 2 counts felonious restraint and 2 counts of armed criminal action. His Court date has been set for May 9, 2014.
_________________
along comes a spider to sit down beside ya


A jury trial is scheduled in Taney County for one of 5 suspects charged in the murders of Russell and Rebecca Porter.
Thirty-two-year-old Windy Friend is scheduled to stand trial beginning March 24th, 2014. She’s charged with 2 counts of first-degree murder.
Also charged in the case are Robert Campbell, Dusty Hicks, Tony Friend and his son Phillip Friend, who was sentenced to 7 years in prison after pleading guilty to reduced charges of felonious restraint.
The bodies of Russell and Rebecca Porter of Willard were located in July 2011 in a remote area of eastern Taney County.

Jury Selection Begins In The Trial Of Windy Friend

Prosecution continues this week in the homicides of Rebecca and Russell Porter of Willard.

Rebecca Porter is the sister of Monett contractor Jim Hufft.

Windy Friend, 33, the wife of convicted gunman Tony Friend, will face a jury trial over two counts of first-degree murder in Forsyth in Taney County. Jury selection is expected to take up much of the day today, followed by opening arguments. Friend is now represented by William Fleischaker of Joplin.

Friend is scheduled for trial before Judge Mark Orr, presiding judge of the 38th Judicial Circuit, who is overseeing all five prosecutions in the Porter case.

Trial for Robert L. Campbell, 69, for first-degree murder in the Porters' homicide, has been set for Oct. 16 in Taney County. Campbell's attorney, Robert Lewis of Springfield, asked for a review of Campbell's bond revocation. On Feb. 24, Judge Orr determined Campbell "poses a danger to the community" and denied the request to reset bond. Campbell remained in the Taney County jail. Charges in Barry County relating to possession of stolen property in connection with the family trucking firm, under investigation in Greene County, have been dropped. Campbell was living in Purdy at the time of his arrest in October 2013.

Dusty Hicks, 26, of Walnut Grove, a friend of Tony Friend, has been scheduled for trial on Aug. 14. Hicks is charged with two counts each of first-degree murder, armed criminal action and felonious restraint. Hicks is represented by Jon Van Arkel of Springfield.

The Porters disappeared from their Willard home in April 2011. Their home had been scrubbed with bleach and the security system was disabled. Their bodies were found on July 21, 2011, in a wooded area near Protem.

A grand jury handed down indictments against Tony Friend and Dusty Hicks 18 months after the murder. Robert Campbell, the alleged mastermind in the conspiracy, was indicted in December 2012.

Windy Friend Sentenced to Life in Prison for Porter Murders

FORSYTH, Mo. – A woman found guilty of the murders of Rebecca and Rusty Porter has been sentenced to two concurrent sentences of life in prison without the possibility of parole.

Windy Friend was sentenced on Wednesday (May 21) after a week-long trial in March, where the jury found her guilty beyond a reasonable doubt of two counts of first-degree murder in the deaths of the Willard couple

The Porters were reported missing from their home in 2011 and their skeletal remains were found in a wooded area of Taney County in 2012.

Friend’s sentencing was originally scheduled as a motion hearing, according to online court documents.

However, Judge Mark E. Orr sentenced her to prison time during that hearing.

Friend was also given credit for all jail time served while awaiting disposition.

Windy Friend is the wife of Tony Friend, who has pleaded guilty to the murders and is serving life in prison.

During Tony Friend’s tiral, Taney County Prosecutor Jeff Merrell says Friend started telling people weeks before the Porter's disappearance that he is going to be paid $100,000 by Robert Campbell. In other words, Campbell hired Friend to kill Russell (Rusty) and Rebecca Porter.

Rusty Porter’s uncle, Robert Campbell, who was indicted by a grand jury in the murders, is to go on trial on Oct. 16.

Tony Friend’s son, Phillip, also pleaded guilty in the deaths and is awaiting sentencing on those charges. He is currently in prison serving seven years for felonious restraint associated with the Porters’ kidnapping.

Trial for Dusty Hicks, also accused in the kidnap and murders, is set to begin on Aug. 18.