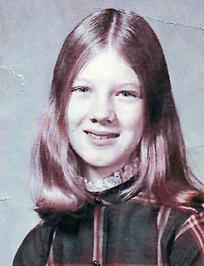 Today authorities found new information in a 1974 murder of a Warner Robins teenager. Ima Jean Sanders was only 13 years old when she disappeared. Sanders skeletal remains were found in a wooded area off of highway 96 in peach county back in April of 1976. In january of this year the DNA samples from Ima Jean Sanders mother and sister were submitted by the Austin County Sheriffs department in Texas, to the University of North Texas for comparison. Authorites say the D-N-A data from sanders, her mother, and sister matched. A national database containing known DNA of convicted criminals was also used in the case. Police believe Paul John Knowles is responsible for sanders death

" He claimed to have killed as many as 36 people. I'm not sure all those cases have been resolved; I know this one was rumored to occurred but know one knew the identity of the victim", said Gary Rothwell of the GBI.

"I don't hate him I just think about the fact she was young and he gave her no options, whether she wanted to live or die because he was sick and he killed her", said Sanders mother Betty Wisecup.

On December 18, 1974, Sheriff Earl Lee and Georgia Bureau of Investigation Agent Ronnie Angel (above pic)were traveling down I-20 with Knowles, who was handcuffed in the back seat. Their destination was Henry County, Georgia where Knowles had dumped a handgun he had taken from Florida State Trooper Charles Eugene Campbell, later killing him with the same weapon. There was no security screen in the car, and Knowles had a concealed paperclip on his person that he used to pick the lock on his handcuffs. Once free, Knowles grabbed Lee's handgun, discharging it through the holster in the process. While Lee was struggling with Knowles and attempting to keep control of the vehicle, Angel fired three shots into Knowles' chest, killing him instantly. Ronnie Angel has refused to speak publicly about the incident since it occurred.
_________________
along comes a spider to sit down beside ya