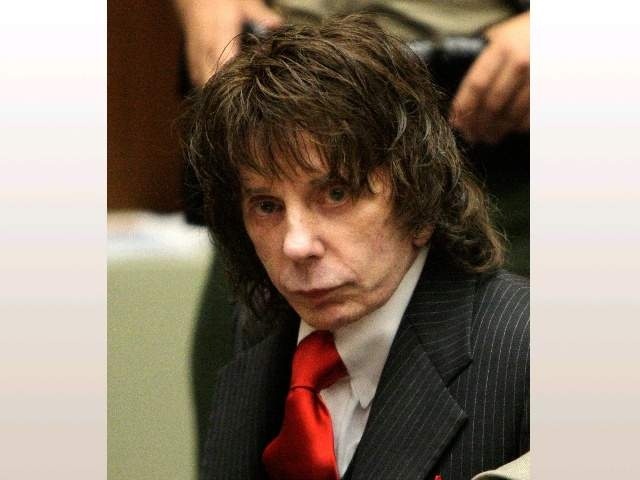 Phil with and without his toupee

WASHINGTON - The U.S. Supreme Court on Tuesday declined to review the murder conviction of legendary music producer Phil Spector, turning down an appeal by his attorney arguing his constitutional rights had been violated at his trial.

The justices without any comment let stand a ruling by a California appeals court that upheld the second-degree murder conviction of Spector for the 2003 shooting death of actress Lana Clarkson in his suburban Los Angeles home.

Spector, 72, who became famous in the music industry for creating the "Wall of Sound" recording technique, is serving a sentence of 19 years to life in prison after a jury found him guilty in 2009. His first trial ended with a mistrial when the jury deadlocked and could not reach a verdict.

In appealing to the Supreme Court, defense attorney Dennis Riordan argued that Spector's constitutional due process rights were violated when prosecutors used the trial judge's comments about an expert's testimony, effectively making the judge a witness for the prosecution.

Riordan also argued the constitutional right to confront witnesses did not permit the prosecution to introduce at trial a videotape of statements made by the judge at a pretrial hearing that never were subjected to cross examination.

At issue was a videotape of trial judge Larry Fidler describing evidence about blood spatter given by a technician during the first trial.

The defense argued at trial that Clarkson was depressed and shot herself, either accidentally or intentionally, while under the influence of drugs and alcohol.

But the California appeals court in upholding Spector's murder conviction said the evidence showed her death was not an accident or a suicide.

Spector worked with the Beatles, the Ronettes, the Crystals, the Righteous Brothers and many other music performers in the 1960s and 1970s. In later years, he became increasingly reclusive.

I know right? What a creepy looking guy. There's something about his blank stare that reminds me of Phillip Garrido.