40 Year Old Murder of Glenda Spencer Scott has been SOLVED!

40 Year Old Murder of Glenda Spencer Scott has been SOLVED! 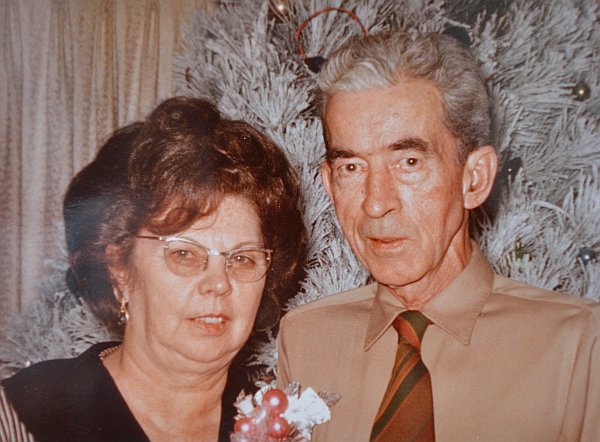 Helen and Edward Sullivan are seen in a photo fromthe early 1970s. Long Beach Police have cleared their oldest cold case to date, solving the 1972 rape and murder of Helen Sullivan, who was found in her home by husband. Emanuel Miller, a parolee with a history of violent sex crimes who had no connection to Long Beach, was found to be the killer. (Jeff Gritchen / Staff Photographer)

LONG BEACH -- For 40 years, Glenda Spencer Scott has carried the pain and frustration of her mother's murder and the trauma of not knowing who killed her.

It's a pain Scott stuffed deep inside herself, unable to even acknowledge for more than a decade.

It's a pain that, even with the benefit of an additional 28 years of healing, can bring fresh tears to her eyes today.

Some of that pain, however, has ebbed thanks to the Long Beach Police Department's discovery of the man who killed her mom, 58-year-old Helen Sullivan, in one of the family's North Long Beach homes in 1972. The news brought to a close the oldest cold case to be solved in the department's history. 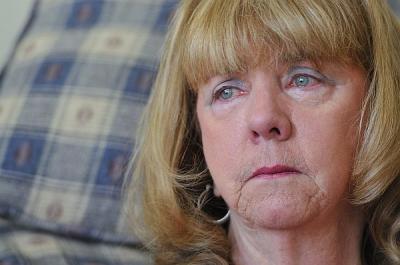 Sitting in her Lakewood home, Glenda Spencer-Scott talks about the 1972 rape and murder of her mother, Helen Sullivan. Police finally solved the murder, which was their oldest cold case. (Jeff Gritchen / Staff Photographer)

"The good thing is DNA has proved who (the killer) is. If only they had it all those years ago, they could have maybe prevented other assaults."

The killer was an ex-con named Emanuel Miller, who had a history of sex crimes. He was 36 years old when he killed Sullivan but will never be brought to justice. He has been dead for 22 years, police said.

The youngest of Helen Sullivan's three daughters, Scott was 22 years old when her mom was murdered. Scott was attending college and had started her career with Social Services at the time. She had recently become engaged to Ron Spencer, who worked the security detail in the Long Beach Police Department Jail, and she was already an aunt to her older sisters' children.

Her now-deceased father, Edward Sullivan, worked for Shell Oil in Wilmington and was preparing to retire. Her mom was an astute businesswoman who started her career selling makeup and jewelry before moving on to NutriLite and Amway.

The family lived in a small, two-bedroom house in the 6600 block of Olive Avenue in North Long Beach. When the Spanish-style stucco home next door came up for sale, the Sullivans bought it, using it first for Scott's grandmother, and later as a base for Helen Sullivan's business.

It is the home where Helen Sullivan was working early on Jan. 21, 1972, as her husband was nearing the end of the graveyard shift at the refinery and Scott was starting her day at work.

Edward Sullivan was the first to come home and find his wife, who had been sexually assaulted and then stabbed to death.

"I was a basket case," Sullivan said, her blue-green eyes filling with tears. "My dad was an absolute basket case."

Scott's sister Ann Luckey, now 74, said when she received the call notifying her of their mom's death, "I was just totally shocked ... and went into a tailspin."

Luckey said she rushed back to Long Beach from her home in Red Bluff with her husband. Though it was traumatic, she was able to process the horrific events relatively quickly, much more quickly than either of her sisters or their dad, she said.

The officers who worked on the case told Luckey there was a series of suspects committing such crimes in the area at that time, and they said it was likely police had already arrested or shot and killed the man responsible for her mother's brutal end.

"I've always had the feeling that he was dead, or incapacitated, and I accept that you can't go back and undo something," she said.

That wasn't possible for the eldest of the sisters -- Elinor Province, who died about six years ago.
"Elinor was devastated," Luckey said. "She never let it go."

As the youngest child, Scott too was deeply affected.

"Glenda was hit hard," Luckey said. "Being so much younger, she was still at home and close with mom."

The shock took Scott away from work for nearly three months, and though she was supposed to be planning her June wedding, she wasn't able to even think about it until April. Even then her sisters had to step in and help, she recalled.

Her brother-in-law, a large and intimidating Marine, dispatched the reporters who swarmed the family's homes with a stern "get the `h' out of here," Scott said, omitting the profanity.
Scott's fiance, whom she later married, immediately took charge and shielded Scott from all of the gruesome details. Through his job at the Police Department he was able to get copies of the police reports, and he kept them locked away in a large red strong box, where they remained even after his death from cancer.

Even when her second husband, Greg Scott, found the big metal box earlier this year during a move and forced the keyless lock, Scott refused to look at the files.
Confronting tragedy

For many years, she said, she simply didn't think about the slaying. She told no one at work about the murder and never spoke of her mom. When co-workers talked about their mothers she would quietly leave the room.

That is until about 12 years later, when she found herself taking notes in hearings for Southeast Asian refugees applying for disability benefits. As the Vietnamese and Cambodian immigrants recounted the horrors of seeing entire families killed and loved ones tortured, Scott lost control and began to weep.

She left the room to try and compose herself, she remembered, but she couldn't stop. When her supervisor came to check on her, she suggested Scott see the department's psychologist.

It was on the first visit that Scott learned the heartbreaking testimony of war-ravaged refugees had released her own grief and suffering.

"The very first question was `Tell me about your mom,' and that did it. I just broke down and cried and cried," Scott said. "(The psychologist said) `You never allowed yourself to mourn.'
Though she always held a small hope that one day her mother's killer would be found, she was still floored when she received a call in January from Mike Dugan, a retired detective assigned to the LBPD's Cold Case Unit, telling her that her mom's case had been submitted for DNA analysis with money secured from a federal grant from the National Institute of Justice.

Dugan explained the process to her and the odds of finding a suspect, Scott said.

Just finding the biological evidence was a stroke of luck, the detective said, because the Los Angeles County Coroner's Office has had to start destroying old evidence files due to lack of space. "Luckily, they hadn't got to 1972," Scott said.

It was another bit of fortune when the DNA taken from her mom's crime scene came back with a hit, matching that of a California inmate with an extensive criminal history, on Dugan's official last day on the job.

Since the Long Beach Police Department's Cold Case Unit was reinstated in 2009, it has solved more than 30 cases among the 921 unsolved files that date back to the 1940s.
The grant funds, however, are nearly gone, and with crushing budget constraints looming for the entire Police Department and the rest of the city, the unit is slated for elimination unless new funds can be found.

The DNA match linked the murder to the ex-con, Miller, who had no known ties to the victim or Long Beach. He was paroled to Los Angeles just prior to the killing and investigators surmise he likely was drawn to the North Long Beach neighborhood due to the many vacant homes that were boarded up and being torn down to make room for the new Artesia (91) Freeway.
He died in 1990, at the age of 54, police said.

"Finding out this way, that he's already dead, is a little of a relief," Scott said. "I don't have to go through a trial, I don't have to see him face to face."

Finally knowing who it was, and that he can't hurt anyone now, has provided immense closure for both sisters, they said.

Knowing the Cold Case Unit is nearly gone and that other family members and victims who have suffered the same agony of uncertainty, and who will likely continue to do so, brings a different pain, the sisters said.

"More people need to understand the good that comes out of getting final closure and that (cold case work) is one of the most important efforts out there today," Luckey said. "Because it does help so many people."