Yesterday’s guilty plea is the result of an international investigation into the “Lost Boy” online bulletin board. Federal authorities, working in conjunction with a coalition of international law enforcement agencies, shut down the Lost Boy bulletin board approximately two years ago.

As a result of the investigation, 16 named defendants have been charged in the United States for their roles in the ring. To date, five defendants have pleaded guilty for their roles, and an additional two defendants are expected to plead guilty in the coming days. An additional eight defendants who are alleged to be Lost Boy members currently face federal charges – including engaging in a child exploitation enterprise, a crime that carries a mandatory minimum sentence of 20 years in prison. Trial for these remaining defendants is currently set for April 26, 2011.

“The Lost Boy bulletin board allowed members to access pornographic images of hundreds of boys who were victimized for sexual purposes,” said United States Attorney André Birotte Jr. “The investigation by officials here in the United States, working in conjunction with their law enforcement counterparts around the globe, shut down an international child pornography ring and will hopefully bring some justice to the numerous victims. As a result of this investigation, authorities also discovered individuals who abused children, made their own child pornography and shared their disturbing product with others on the Internet.”

Steven Martinez, Assistant Director in Charge of the FBI in Los Angeles, stated: “The Lost Boy case represents a global subculture that exists for the purpose of trading of child pornography and other tools used to sexually exploit children. The FBI and our partners in Los Angeles and globally will continue to work together to identify these networks and to pursue charges against those who abuse children.”

United States Assistant Attorney General Lanny A. Breuer commented: “Through unprecedented cooperation with foreign law enforcement partners, we have brought down a global online group whose principal purpose was to victimize children. The members of the ‘Lost Boy’ bulletin board used sophisticated vetting procedures to facilitate the sexual abuse of children and enable its users to produce and share child pornography, while also developing a handbook on how to groom potential victims. We are committed to pursuing these perpetrators wherever they are through international investigations and prosecutions like the one we are highlighting today.”

David Michael Fagerness, 44, pleaded guilty yesterday in United States District Court to conspiracy to transport child pornography. Fagerness, of the Atlanta area, relocated to the Czech Republic after being convicted of possessing child pornography in Florida state court in 2005. Fagerness faces a 15-year mandatory minimum sentence when he is sentenced on June 6, 2011.

In addition to Fagerness, four individuals have previously pleaded guilty for their roles in Lost Boy. They are:

• Anthony Jasso, 46, of Laguna Beach and Redlands, who pleaded guilty in May to conspiracy to advertise child pornography, a charge that carries a 15-year mandatory minimum sentence. Court documents describe Jasso as belonging to a southern California club called "Boy Lovers," whose members gathered to watch child erotica and to attend events involving children.

• Justin Lee, 33, of Phoenix, who pleaded guilty in September 2010 to transporting child pornography, which carries a mandatory minimum penalty of five years in prison.

• Woodrow Tracy, 65, of Sun Valley, who pleaded guilty in September.

According to court documents, law enforcement authorities discovered the Lost Boy bulletin board after receiving information from Eurojust, the judicial cooperation arm of the European Union. Eurojust provided U.S. law enforcement with leads obtained from Norwegian and Italian authorities indicating that a North Hollywood man was communicating with an Italian national about child pornography and how to engage in child sex tourism in Romania. Acting on the information from Europe, the FBI executed search warrants that led to the discovery of the Lost Boy network. According to court documents, further investigation revealed that Lost Boy had 35 members, 15 of whom were U.S. nationals. Other members of the network were located in countries around the world, including Belgium, Brazil, Canada, France, Germany and New Zealand.

The Lost Boy bulletin board, according to court documents, was dedicated to men who have a sexual interest in young boys and was established to provide a forum to trade child pornography. Lost Boy is alleged to have had a thorough vetting process for new members, most of whom had to post child pornography to join the organization. Once accepted, members had to continue to post child pornography to remain in good standing and not be removed from the board. According to court documents, Lost Boy members advised each other on techniques to evade detection by law enforcement, which included using screen names to mask identities.

Court documents show that the Lost Boy bulletin board had a forum called the “Handbook Project,” where members read and contributed to a grooming handbook, which was a guide for adult men on how to find and groom boys into engaging in sex, how to deal with physical aspects of sexual contact, and how to move on to other victims when the current victim grows too old to be attractive.

Los Angeles County Sheriff Lee Baca said: “American police, in fact police worldwide, must work together as a team to pursue these international predators. This case shows we certainly can and do.”

Through the Lost Boy investigation and related investigations, law enforcement authorities in the United States identified and arrested 15 alleged Lost Boy members, as well as approximately six more men who have been charged with child molestation. The investigation also led to the identification of 27 domestic victims of child abuse, some of whom were portrayed in images posted to the Lost Boy bulletin board.

International law enforcement efforts involving European law enforcement, the Brazilian Federal Police and other agencies have identified child molestation suspects in South America, Europe and New Zealand. Three suspects in Romania, one in France, and another in Brazil have been charged, and offenders have been convicted in Norway and the United Kingdom. Law enforcement efforts have also identified dozens of child victims located in Norway, Romania, Brazil and other nations.

The investigation into the Lost Boy bulletin board is an ongoing effort by the FBI and the U.S. Postal Inspection Service, in conjunction with the Los Angeles-based Sexual Assault Felony Enforcement (SAFE) Team. The High Technology Investigative Unit of the U.S. Justice Department’s Child Exploitation and Obscenity Section (CEOS), along with Eurojust, have provided invaluable assistance during the investigation.


[You must be registered and logged in to see this link.] 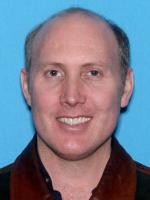 Andrew Neil Scott, 31, of Flint, Michigan, was sentenced to 30 years in prison followed by lifetime supervised release. Scott pleaded guilty on December 2, 2010 to participating in a child exploitation enterprise and two counts of production of child pornography.
_________________
along comes a spider to sit down beside ya

Woodrow Tracy, 68, of Sun Valley, California, was sentenced to 96 months in prison followed by lifetime supervised release. Tracy pleaded guilty on September 21, 2010 to conspiracy to transport child pornography.
_________________
along comes a spider to sit down beside ya

Justin Lee, 34, of League City, Texas, was sentenced to 66 months in prison followed by lifetime supervised release. Lee pleaded guilty on September 7, 2010 to conspiracy to advertise, receive, distribute, solicit and possess child pornography.
_________________
along comes a spider to sit down beside ya 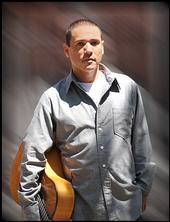 Anthony Jasso is a musician of some note in Orange County--he's played the Coach House, different bars, street fairs and the like with former partner Ken Garcia. Why no longer the group Jasso and Garcia? Because Jasso has pleaded guilty to federal charges of conspiracy to advertise child pornography.

The Coastline Pilot has the story, because Jasso is a Laguna Beach guy (and they also make the unfortunate word choice of referring to child pornography as "child erotica"--does the Diocese of Orange serve as editors over there? How is the rape of innocents "erotica"?). Prosecutors accuse Jasso of belonging to an international bulletin board call the Lost Boy that...

...not only distributed images of child pornography but hosted events where children were raped. SICK SICK SICK.