Barbara Ramirez-Sifuentes, Facing 2 Counts Of Manslaughter In The Drowning Deaths Of Her Twin Toddlers, Sabrina and Savannah Russo

Barbara Ramirez-Sifuentes, Facing 2 Counts Of Manslaughter In The Drowning Deaths Of Her Twin Toddlers, Sabrina and Savannah Russo 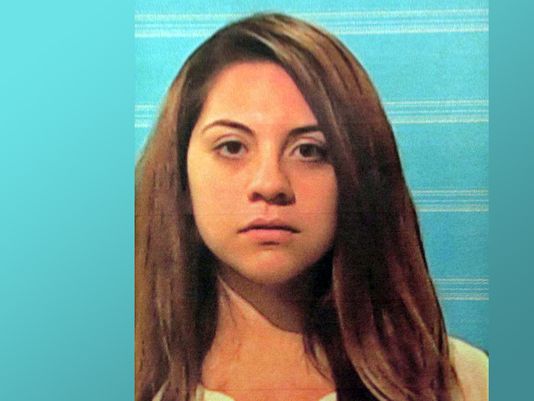 PEARLAND, Texas - A Pearland mom has been arrested after the drowning deaths of her twin toddlers, according to the Brazoria County Sheriff's Office.

Barbara Ramirez-Sifuentes, 21, is facing two counts of manslaughter after a grand jury indictment.

She was arrested near the intersection of Scarsdale Boulevard and Sagepark Lane Sunday afternoon. It happened right in front of Tim Horton's home.

"I can't even get it into my head," said Horton. "How can you hurt your own children. It's your own flesh and blood."

"The detective did tell her he'd been looking for her," said Horton. "And I remember her laughing about that. She thought it was funny. There has to be something mentally wrong with her."

Harris County Precinct 8 deputies were able to make the arrest thanks to the assistance of the Harris County Toll Road Authority's Incident Management Division dispatch and the license plate recognition system.

Her plate was recognized as she traveled on the tollway. Dispatchers followed her moves via camera until deputies were able to make the traffic stop and arrest.

Ramirez was taken to the Brazoria County Sheriff's Office Detention Center. Her bond is set at $100,000.

The toddlers, Sabrina and Savannah Russo, were found unresponsive in a bathtub in a Pearland home in February. Both of the 15-month-old children were taken to the hospital by Life Flight but died days later. Their deaths were ruled homicides by the Harris County Medical Examiner's Office.

"No one really knew what happened," said David Awerbach. "It's just hard to believe both twins drowned. It's ironic she was arrested on Mothers Day."

There is relief someone has been arrested, but still lots of questions about why the two toddlers ended up dead.

"It's Mothers Day and it's a mom who killed her own kids," said Horton. "What do you say about that, what can you say."

Re: Barbara Ramirez-Sifuentes, Facing 2 Counts Of Manslaughter In The Drowning Deaths Of Her Twin Toddlers, Sabrina and Savannah Russo

There is a "mother" in my county that stabbed and choked her 3 kids to death. The youngest was only 5 mo old. She survived for a few days but ultimately died. This "mother" actually called 911 to say an intruder did this to her kids. She superficially cut herself to make it believable. She's in jail on a no bond status and will hopefully get the DP.