Noel Tara Burgener missing from Alaska since June, 2008/ Believed to have gone to Seattle, WA with mother Mary Joe Burgener

Noel Tara Burgener missing from Alaska since June, 2008/ Believed to have gone to Seattle, WA with mother Mary Joe Burgener 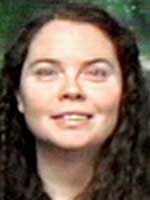 On June 28, 2008, Mary Joe Burgener met her ex-husband at a pre-determined meeting place to pick up their daughter, Noel Tara Burgener. A week later the father attempted to pick up Noel from a camp she was supposed to attend, but the camp had no record of her attendance. It was later determined that Mary Joe purchased two airline tickets to Seattle, Washington, on June 29, 2008, and flew there with Noel.
On August 22, 2008, a warrant for custodial interference was issued by the State of Alaska for the arrest of Mary Joe Burgener. A federal arrest warrant was issued on March 24, 2009, by the United States District Court of Alaska, after she was charged with unlawful flight to avoid prosecution. 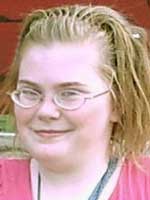 IF YOU HAVE ANY INFORMATION CONCERNING THIS CASE, PLEASE CONTACT YOUR LOCAL FBI OFFICE OR THE NEAREST AMERICAN EMBASSY OR CONSULATE.