There's growing concern for a 16-year-old cancer patient from Olympia who has been missing since May 31.
Police say Caitlyn Bell has terminal cancer and mental illness and needs medication. 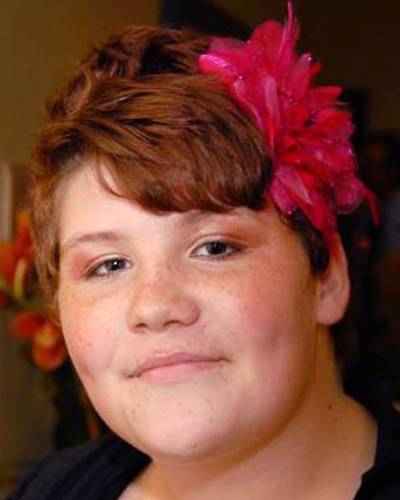 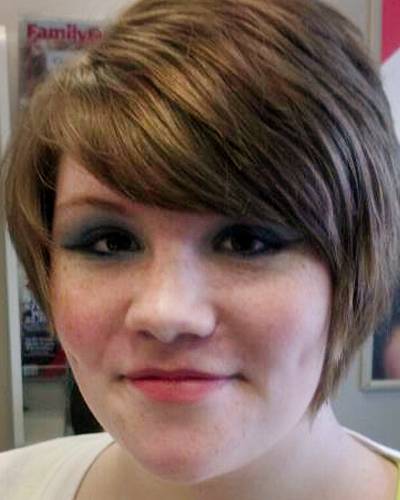 Both photos shown are of Caitlyn. She was last seen on May 31, 2013. She may be in need of medical attention.

I sure hope she is found!

Thanks for posting this, Nite!! Cannot begin to imagine what her parents must be going through!
_________________
Prayers for our little HaLeigh Cummings, wherever she may be!!

The Olympia Police Department is investigating a missing 16-year-old girl who walked out of an Olympia youth shelter on May 31.

The missing girl, Caitlyn Bell, is classified as a runaway by the Olympia Police Department, according to spokeswoman Laura Wohl.
"We are following all leads," Wohl said Thursday.
Bell's family has been distributing information about the missing teen, stating that she is at risk because she has diabetes and other health issues that require daily medications.
Anyone with information about the missing teen is encouraged to call the Olympia Police Department at 360-753-8300.

Read more here: [You must be registered and logged in to see this link.]

A Yelm teenager is missing, and doesn’t have medication prescribed to her for both mental health and medical issues, according to her mother.
Misti Bell said her daughter, Caitlyn Bell, 16, has been missing since May 31.
Bell had been at Haven House, a “co-educational, crisis residential shelter” in Olympia for youth 12 to 17, when she had a panic attack and left.
Caitlyn Bell was there awaiting a court-ordered bed at a psychiatric facility in Oregon, her mother said. The facility was not legally able to keep her there, she added.
It was the only facility that would accept her due to her “severe aggression” and suicide attempts, she said
Caitlyn fled the same facility about a month ago, her mother said.
She went missing for three days before she called her mother from Bellingham, Misti Bell said.
Caitlyn had never run away prior to that incident, she said.
As of Wed-nesday, Caitlyn Bell has been missing for 13 days and has had no contact with her family.
According to Laura Wohl, the Olympia Police Department’s public information officer, Caitlyn Bell was reported as a runaway, and is also being treated as a missing person. The police department is following any leads they have in an effort to find her, but there aren’t many to go on, she said.
She said if anyone has information, they can call the police department at 360-753-8300.
Misti Bell said her daughter has “several mental health diagnoses” and is on several medications.
She has pancreatic cancer and because most of her pancreas has been removed, she is diabetic and has no diabetes medication or means of checking her blood sugar, Misti Bell said.
She has no spleen and is prone to infection.
She is off her antipsychotic medication since she ran away and may be experiencing serious side effects, including aggression and hallucinations, she said.
She stated that her daughter has a bench warrant out for her arrest.
Before she left Haven House, Caitlyn posted an ad on Craigslist saying she needed a place to stay and about 20 men in their 30s to 50s responded, Misti Bell said.
She said she believes one of the men was the same man who gave her daughter a ride to Bellingham the last time she ran away.
She said she found email correspondence between the two of them the day before Caitlyn Bell most recently ran away. She said she texted the man and he claims he did not pick Caitlyn Bell up.
[You must be registered and logged in to see this link.]

This poor girl has so many health and mental problems, I feel horrible for her! And she's a sitting duck for those men that answered her CL ad! I sure hope LE in that city/town has tracked down the person that she had been in touch with!!

MOSCOW, ID - Police officers in Olympia, Washington have been searching for 16-year-old Caitlyn Bell for nearly a month, and they believe she was recently in the Moscow area.

Bell is five-foot-eight, weighs 215-pounds, and has brown hair and brown eyes. According to investigators, she ran away on May 31st.
A recent tip placed her in Moscow.

"We had an indication that she might be in Moscow, Idaho, so our investigators called the Moscow Police and asked them to check out that information," said Olympia Police Department Public Information Officer Laura Wohl. "And they were unable to find her, but we still think the lead was credible."

Moscow Police said that they believe Caitlin used the Wi-Fi at the Idaho Inn to send an e-mail, but they weren't able to locate her. Bell's parents said she suffers from mental illness and pancreatic cancer. They also said she's unstable and can be aggressive without her medication.

If you see Bell, you're asked to contact either contact the local police, or the Olympia Police Department at (360) 753 8300.
You can also find Bell’s description on the KLEW News Facebook Page.
[You must be registered and logged in to see this link.]

Caitlyn Bell, a 16-year-old cancer patient from Olympia who had been missing since May 31, was found Wednesday in Idaho.
Her parents saids she was found not too far from Moscow, Idaho.

"She was disoriented and confused a bit and had a chest cold of sorts," they told KING 5 News via an e-mail.
"She is alive and well and she just needs medical attention," her parents said

There was concern for Caitlyn because she has cancer and mental illness and needs medication.
"Thank you

to everyone that helped spread the word and helped to find our girl. I can't say enough. The police will need to investigate. Just know that WE did it. My heart goes out to everyone. Bowing my head in awe of your compassion," her parents said.
[You must be registered and logged in to see this link.]

Her grandmother, Janet Bell, sent KLEW news a message in which she stated that her granddaughter was - quote - "located in the company of an older man."

The missing girl's quick discovery was especially important because she's battling pancreatic cancer and mental illness. Caitlyn's grandmother Janet Bell said that Caitlyn was confused, disoriented and sick. The 16-year-old was then transported to Tri-State memorial hospital, in Clarkston, where she was examined. Her grandmother said that Caitlyn was said to be in physically good shape, except for a chest cold and a bacterial infection.

"We may never know what she has gone through this past month as she is reluctant to talk about it at this time," said Janet Bell. "We will be eternally grateful for everyone who posted flyers, shared her picture and kept the search alive." You can also find her full message on our KLEW News facebook page.
[You must be registered and logged in to see this link.]

'In the company of an older man'. NO updates thus far.