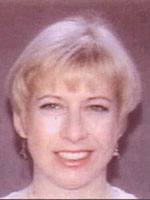 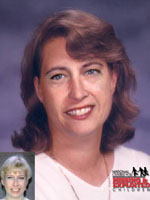 DESCRIPTION
Date of Birth Used: November 3, 1958 Hair: Blonde
Place of Birth: Inglewood, California Eyes: Blue
Height: 5'7" Sex: Female
Weight: 140 pounds Race: White
Occupation: Lab Technician
Remarks: Stratton was a heavy smoker at the time of her disappearance. She may wear glasses. Stratton may have dyed her hair red or bleached it blonder. Stratton and her two children were all issued United States passports in August of 1997. She should be considered a flight risk.

THE CRIME
On December 16, 1997, Elizabeth Ann Stratton fled her Antioch, California, home with her two non-custodial children, then 9-year-old Zachary Stratton Smith and then 6-year-old Chelsea Paige Smith. On December 19, 1997, a letter written by Stratton arrived at the Contra Costa County District Attorney's Office stating that she had taken the children, left California, and did not want anyone to find her or the children. Stratton was in the middle of a child custody dispute with her ex-husband at the time.

Her vehicle was later found parked at the Sacramento International Airport in Sacramento, California. It is believed that Stratton and her children may have made contact with a group in Atlanta, Georgia, which assists women and children who claim to need protection from abusive husbands and parents.

A local complaint and arrest warrant for Stratton were issued by the Municipal Court in December of 1997 and she was charged with parental kidnapping. A federal warrant for Stratton for unlawful flight to avoid prosecution was obtained in the Northern District of California on January 12, 1998. 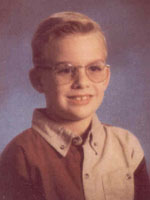 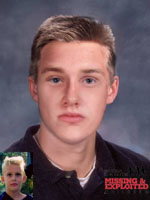 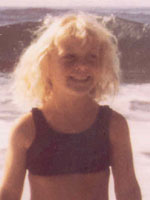 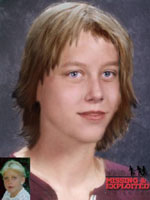 VICTIM - Chelsea Paige Smith
Date of Birth Used: July 14, 1991 Hair: Blonde
Place of Birth: Oakland, California Eyes: Blue
Height: 4'1" (at the time of her disappearance) Sex: Female
Weight: 55 pounds (at the time of her disappearance) Race: White
Remarks: Chelsea would now be 17 years old. She has two small surgical scars on her neck. She has pierced ears and curly hair.
IF YOU HAVE ANY INFORMATION CONCERNING THIS CASE, PLEASE CONTACT YOUR LOCAL FBI OFFICE OR THE NEAREST AMERICAN EMBASSY OR CONSULATE.